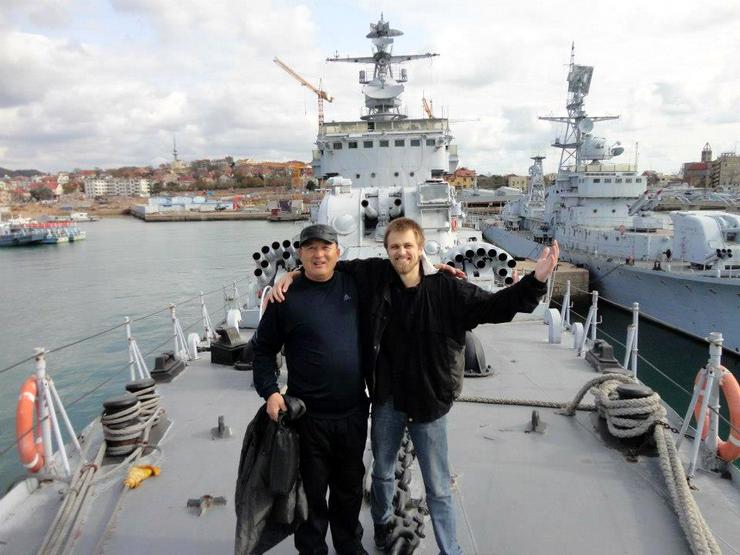 Michael having fun by the water between teaching responsibilities in Asia.

Teaching Traveling: Curious about the adventures you can get into while teaching abroad? Welcome to Mike Wegener who has lived it up as an ESL teacher in Asia! Michael, tell us about your background. 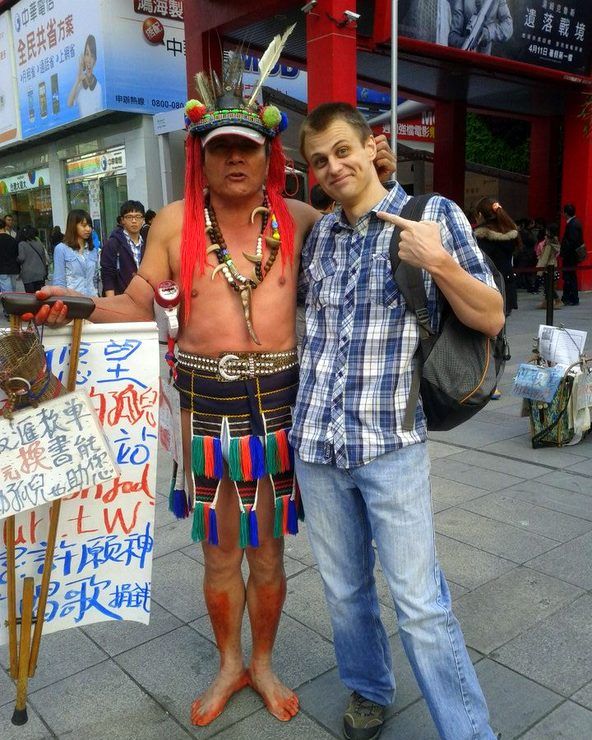 Mike: I am originally from Cincinnati, Ohio. I was fortunate to have parents that traveled frequently. At the time though, I hated it — the way they travel is so boring! It wasn’t until college that I went to another country on my own and knew this was something I needed to do.

However, not too long out of college I got a very nice job, and it was put on the back burner as a nice dream. As time went on my once fun job was becoming overly monotonous, and during an expansion I was moved to be the head instructor of the new recruits. It turns out I really enjoyed teaching, and thought “Maybe I can make a go of this after all.” I transitioned into teaching ESL in China, and now teach abroad in Taiwan.

TT: Nice! Tell us more about your travels.

M: I suppose the most interesting one was a week long trip to North Korea. Truthfully the sights were a very dull experience. I travel by impulse, so being stuck on rails by the government guides was quite grating. I am also not a big fan of Korean food, and the food poisoning only made it worse! Before I had even gone, I had heard that it is tedious, but not overly difficult to go there. Oh, how wrong that was!

I constantly had headaches with the Chinese visa, including one where it expired while I was in North Korea. Afraid I was going to be stuck there, it took some pleading and letting a guard play Angry Birds on my phone to get me out. I am very glad I went though — it paints the rest of the world in an entirely different light. 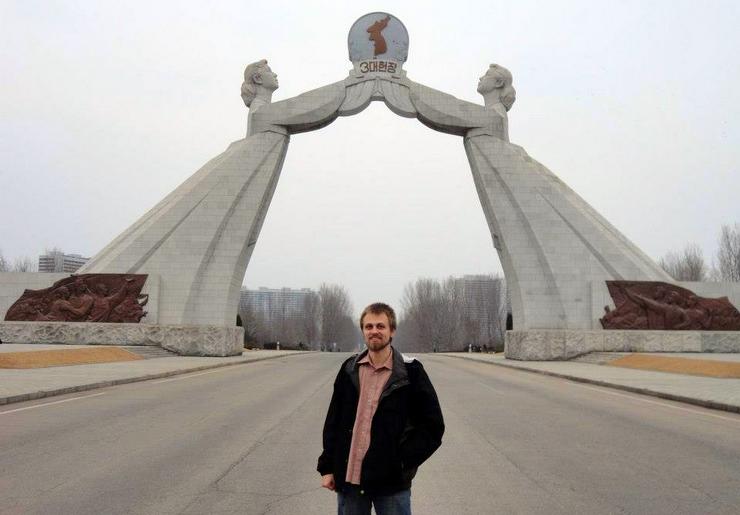 TT: What an image! How did you find your teaching traveling abroad opportunities?

M: Google is your best friend! I started getting involved in the ESL community, and I believe my first gig was found through Dave’s ESL Cafe.

TT: How did you fund your travels?

M: Wait, people fund their travels before they leave? I must have missed that part! Truthfully, being an ESL teacher won’t make you rich, but it will be enough to get by and fund some excursions here and there. 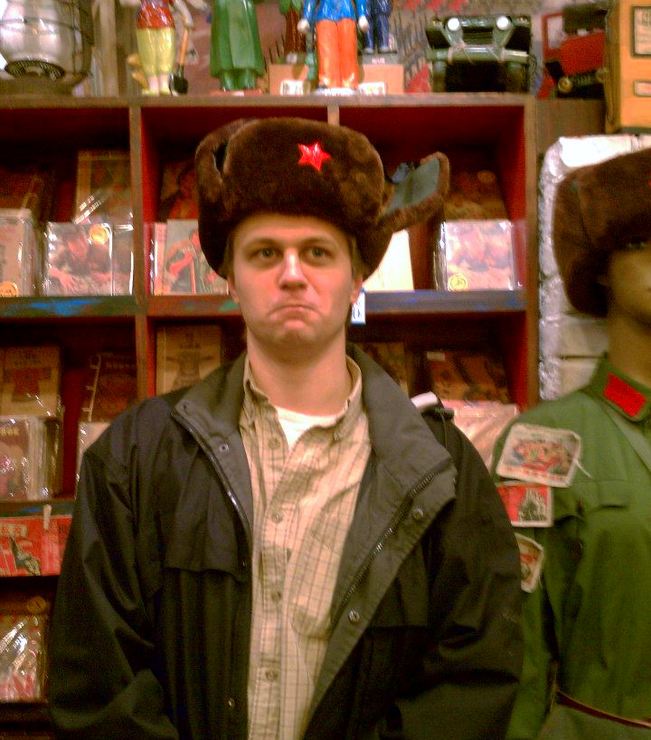 TT: Good to know! Tell us a story from your travels that was particularly interesting.

M: Way too many to name! One that comes to mind is when the local government came into our school looking for foreigners to volunteer in some sort of production. I thought it sounded interesting, so I threw my hat in.

I was pleasantly surprised they were going to pay us, and pretty well too! Myself and another coworker were to be “token foreigners” in an opening ceremony of a local festival. We did a quick rehearsal and were given directions for the next day. When we arrived, it turns out this was a big production!

We were given makeup, interviewed by the news, scores of doves were released, and there were confetti cannons. Later the vice mayor of the city shook my hand and gave me an apple. Quite a day, to say the least!

TT: How have your travels affected your career?

M: I don’t think going back to my current career is even on the table. Maybe if the ESL market just dried up overnight, but I don’t see that happening for a while. I’d rather live in the 3rd world making pennies a day than go back to working a desk job.

TT: Interesting! How have your travels affected you as a person?

M: For the better! (I hope). I was very lucky back home. I had a stable, good group of friends, a stable income, in general, just a stable life. Of course, that is also incredibly boring. Uprooting everything you know with only a backpack to carry all your worldly possessions causes you to re-evaluate which things are really important. 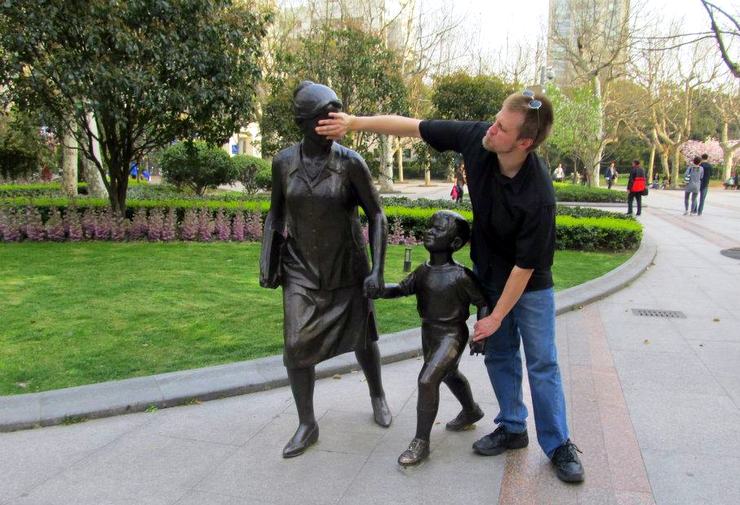 What else would you do with these statues?

TT: Very true. What advice do you have for teachers longing to travel or travelers wanting to teach?

M: It’s so cliche, but the biggest thing is to stop thinking about it so much and do it. Maybe you were like me, reading things like this at your 9-5 desk job in an air conditioned office, thinking “Wow, I wish I had ___ so I could go and do that.”

It turns out the only thing you really need is a passport. So if you have that now, congratulations, you are already qualified. There is nothing stopping you aside from your own attitude!

TT: Thanks so much, Mike! Readers, what questions or comments do you have?

Great article, totally brings back memories of how and why i got into the field. Mike seems to be enjoying every moment of it, exactly as he should be! (Angry Birds, epic stuff!). This is the sort of stuff we like to cover on my podcast, The TEFLCast. Feel free to check it out on iTunes or directly on the TEFL Express website. We'd love to hear from Lillie or Mike.

Again, great article. Thanks so much for the post.

Wow, this turned out really great! Thanks a million for the article Lille, I'm really flattered anyone would be interested.

That's fabulous that you bribed an official with a game of Angry Birds!

I got to the DMZ but never did a North Korea trip because of some of the reasons you mentioned - maybe one day.

The Angry Birds detail was my favorite part, too :) So unexpected!

Great article and photos. Love the one with the Russian/Chinese hat, wish I'd found one of those on my travels. Totally agree with your comment about the 9-5 job, if you don't get out there you'll never know. Thanks for sharing. Barry

Thanks for reading, Barry! For those who want to know Barry's remarkable teaching traveling story, click https://teachingtraveling.mystagingwebsite.com/2012/02/16/baz-teaching-and-travel-around-the-world-with-tefl-certification/ !