Traveling or Travelling? Which is Correct Spelling?! Learn Here…

Is it Traveled or Travelled?

Answer: The spelling depends on WHERE you are in the world.

Now, the main purpose of this site is to share teacher travel grants and other global education opportunities, but I couldn’t resist creating this grammar article, because the “Traveling” spelling question comes up often, and causes kerfuffles.

I’ve been a full-time English teacher since 2003, so allow me to (ahem, pun coming) SPELL out the “Traveling or Travelling” rule for you in order to spread confidence and accuracy in the world.

Hey — it might even help in editing your applications for teacher fellowships, or assist in determining the correct way to structure a spelling lesson if you decide to teach English abroad!

It’s all about geographical linguistics, my friends! The United States (and other countries that use American English spelling conventions) are in the “one L” boat for spelling.

The same goes for all versions of Traveler/Traveller, and Traveled/Travelled: One “L” for countries that use American spelling, and two for places that embrace British English writing conventions. Simple!

Wait… maybe it’s not THAT simple. What about Canada? That country is geographically close to the U.S. and thus should use just one “L,” right? Wrong.

Canada is one of the Commonwealth Countries: more than 50 nations that once were part of the British Empire. Hence, Canada uses the double–L rule, and if you’re in Quebec City, the correct spelling is: Travelling.

Other Commonwealth Countries that use the “two L” spelling (Travelled, Traveller, and so on) include Australia, South Africa, and New Zealand.

Is this Site Teaching Traveling or Travelling?

The reason this site is called Teaching Traveling with ONE “L” is because I’m American, and my readership is predominantly American. (The one “L” thing is also a nice connection to the fact that my other site is called Around the World “L”!)

Alas, when things get tricky is when geographical worlds start to mix. This issue may pop up for you, too, so let’s address it directly.

What About a Mix of American and British Contexts?

Chances are you may find yourself in a situation where it’s unclear whether you should use the American or British version of our favorite “T” word. What then?

Here’s a frequent example I encounter on this site: If a British teacher types her answers to my interview questions using the double-L spelling, Travelling, do I go in and “correct” every instance of it to the single-L version?

My American spell-checker sure thinks I should, and in fact is yelling at me to fix it at this very moment, its jaggedy red teeth bared!

Should Travelling be Changed to Traveling?

So what’s the answer to this two-context spelling dilemma? You have two choices, and either can be justified, depending on what your audience genuinely needs and wants.

Option #1: Pick one spelling and stick to it throughout your body of work. In my case, if I chose this option, I would change all spelling on this site to the American one-L “Traveling.”

Sometimes I do this, clicking through all the U.S. spell-check suggestions to “fix” the British double L, because the article is one I know will mostly reach U.S. readers who might be confused by the unfamiliar spelling. Usually, however, I opt for the other option.

When to Keep “Travelling” Spelling

Option #2: Change between “Travelling” and “Traveling” based on what the majority audience of the piece is expecting.

This option is what I chose to do for interviews with these teachers from Canada and Ghana, because I decided that readers would understand that the “Travelling” spelling was correct in the context of the British English country the speakers were from.

I also knew that the interviewees would also be sharing the articles with their friends, who in turn were used to the double-L spelling. In other words, it wouldn’t be correct for me to “correct” their British spelling in that situation.

Bonus Option: Really stuck for whether to use Traveling or Travelling? If your piece is short enough, alter word choice so you don’t need to use either! For example, instead of saying, “I’m a traveller,” write, “I’m a person who loves to travel.” Kind of sneaky and sometimes silly, but if you’re really stuck, it’s an option.

So, Traveling or Travelling?

In summary, it comes down to this: What does the specific audience of your written piece need and expect? Who you are and where you’re from becomes secondary to who they are and what they need.

I hope you enjoyed this grammar lesson and found it useful. It’s the first one I’ve written (well, besides a tutorial on how to use the word “Dushi“), and I must say that I found it so fun to write that I might just start putting down more of my 15 years of English teaching knowledge into articles…

So what about you? What’s been your experience with the Traveling/Travelling divide? Did you know this rule before, and how did you learn it?

Are there other grammar, writing, or global education lessons you’d like to see on these pages? Do share! 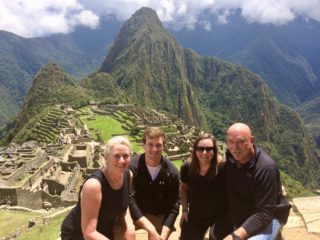 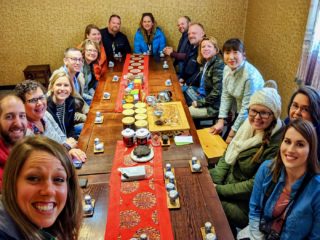 So glad this helped! Very interesting that Canada uses a hybrid of British and American spellings, including the Z swap!

Lol I do have this issue in India is a Commonwealth country. Similarly, we have colour and color. Now I can say as long as you understand but when my kids were schooling I was after them for British spellings.

So interesting! Thank you for sharing!

I misspelled this word on my wife's grave marker and only noticed my error yesterday, a year after she died. Does this imply she was an Anglophile or merely that her widower is a deficient speller?

Never fear -- what you wrote was written with love and that's what matters!

When I was in Elementary School in the 1960's we were taught the double L rule. This was in the US.

This is so interesting!!! Thank you for sharing this information. Do we think conventions changed over the years?

Yes, i faced problems while spelling this word.