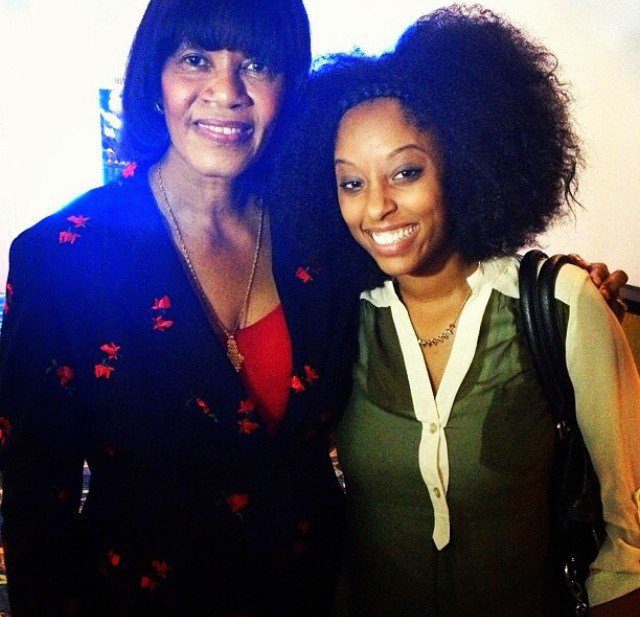 Shelah with Portia Simpson, The Prime Minister of Jamaica, August 2013.

Teaching Traveling: This story will inspire you to think outside of the box for how to contribute to the world as a teacher.

Welcome to Shelah Marie! Tell us about yourself.

Shelah: I’m originally from a big family in a small south Florida town called Hollywood — I guess acting was always in my cards. I’ve been an actress for as long as I can remember, imitating TV, performing in the living room, generally driving my mom nuts.

In terms of my work as an educator, I started as a part time nanny in middle school, which led to several after school programs and I finally got my first international experience as a teaching artist (though I didn’t know that’s what I was doing at the time) in college in 2007.

It was a program called Camp Adventure and basically they contract college students to work in Childcare Development Centers abroad for the summer in exchange for a plane ticket, room and board, and food. Yes, please!

I was stationed in picturesque Bavaria, Germany and took full advantage of the experience, working all week and traveling to another country every weekend. And because the artist bone in my body never rests, I hosted a Drama Camp while I was there which ended in a beautiful performance from three teenagers. The international spark was born that summer. 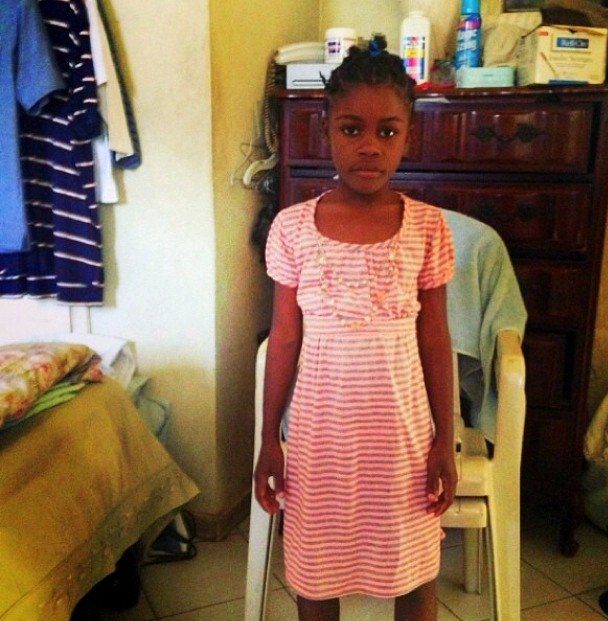 Rose pictured in a dress Shelah sent her in 2013..

I graduated from Florida State University in 2008 with a degree in Theater and two years later I made a terrifying and excruciating move to New York City. I am so grateful I did, but man was it hard for me. I was going to study Performance Studies, which I concluded at the time would be the perfect marriage between me being an artist and making a living as an educator.

In 2010, I was to visiting my ex’s family in Haiti for the second time and I met a little girl named Rose, who was working as what I could describe as a maid, in exchange for her schooling. She couldn’t have been more than six.

At that time I was working with her age group in NYC and I just couldn’t get her out of my mind. What made kids in America so much more deserving of education and more specifically arts education? As soon as I got home I created The Sustainable Theater Workshop.

TT: Wow! Tell us more about your adventures.

S: My most interesting travel experiences have also been teaching experiences, I led STW in San Rafael, Haiti in 2012, Kingston & Montego Bay, Jamaica in 2013 and in 2014 at The United Nations Headquarters in NYC with students from Senegal, Jamaica and Guinea.

What I am really excited about currently is my upcoming trip to Senegal. I’ve been invited to teach The Sustainable Theater Workshop Senegal in Dakar, Senegal. The hosting school, ESTEL, is one of the few schools in Senegal that caters to students with disabilities. I’ll be leading a group of ten students to their first performance ever. 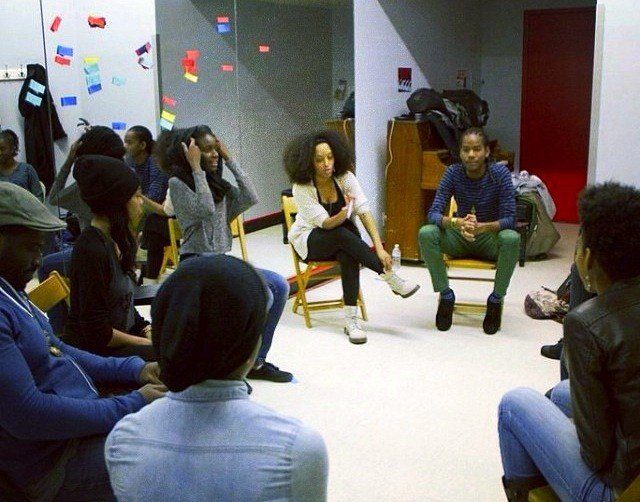 TT: Wow! How did you find this travel opportunity?

S: While facilitating STW in March of 2014, in partnership with The African Burial Ground and The United Nations Department of Public Information, I met Malick Kane, who at the time worked at ABG.

Malick has since returned to Senegal as a Cultural Administrator at the Senegalese Ministry of Culture. Kane also has a sister with Down Syndrome who is a student at ESTEL. Malick felt so strongly that this workshop would benefit some of ESTEL’s students that he spoke to the school and they invited me to teach.

TT: How did you find the money to fund this travel?

S: Since Malick saw me work first hand with students at The African Burial Ground, that made things monumentally easier for me. Because he spoke to the school on my behalf and they secured a good amount of funding from The City of Dakar and The US Embassy to Dakar.

I will be launching an Indiegogo campaign to raise an additional $5,000, which will include a scholarship for one student to attend ESTEL for an entire year. 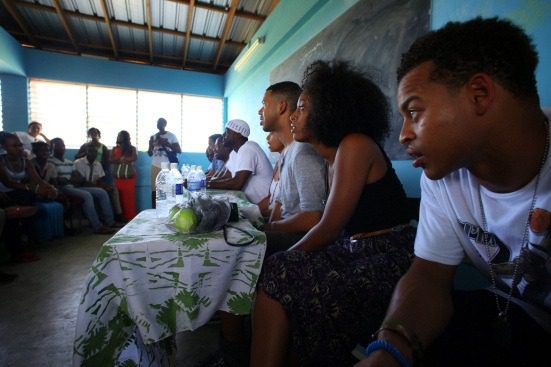 TT: Tell us one moment from your travels that was particularly powerful.

S: Other than the story about Rose who really affected me in Haiti, while I was leading STW in New York City I was working with a group of students from different African countries, including a girl from Senegal who wasn’t comfortable speaking English in front of large groups, definitely not used to performing in front of an audience.

By the end of only a weeklong workshop, she was asking to lead scenes and taught a group of 300 NYC high schoolers some words in Wolof (by herself!). It was a really powerful moment for me as an educator and artist.

TT: How have your travels impacted you in your career and as a person? 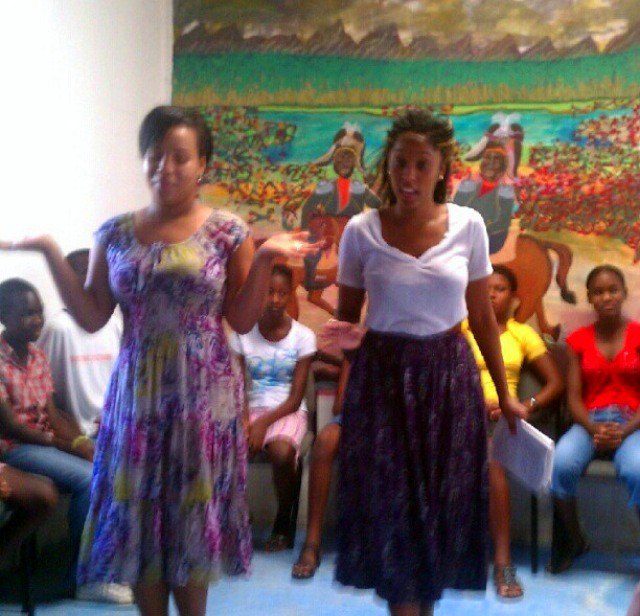 S: I think that educators that travel are the best kind, because we don’t teach out of books alone, but from a very textured, nuanced experience. I’ve interacted with dozens of languages, cultures and world views.

It’s made me a better critical thinker and generally more open minded. I also understand — like many of you — that many learning and socialization processes happen outside the classroom.

Also, in my experience, the word “teacher” is very limited in the American educational system. It’s as if that’s all you are. Teachers are expected be exemplary model citizens and are held to a high social standard — which conflicts with the part of me that’s an artist in some ways, and I am always an artist first.

Art is the lens through which I understand the world. Being an international educator gives me the freedom I need to be an artist, which means my artistic content may not be appropriate for children all the time, but I can still be a phenomenal educator.

It’s also made me quite bold. I refuse to accept no for an answer and I don’t easily accept limitations.

S: My best advice would be to build with the bricks that are there. There are most likely teaching and traveling opportunities already around you somehow. And if there’s somewhere you are really interested in visiting you can always research the city and see what organizations are there. 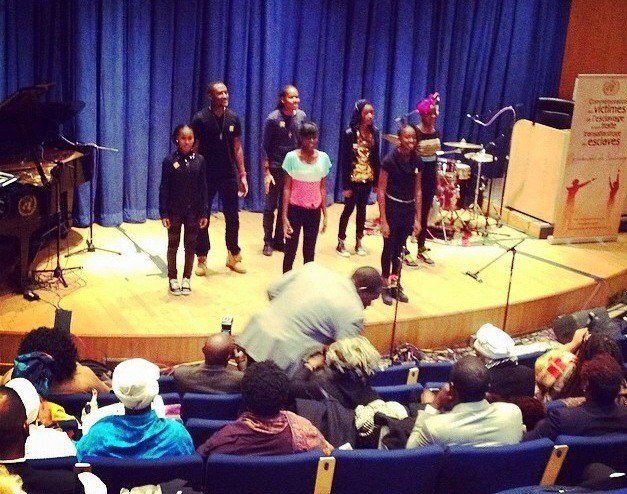 TT: Thanks so much, Shelah! Readers, what questions or comments do you have?

I've always been confused of what I wanted to do in life. One thing's for sure, I was born to be an entertainer. I've been in theater plays as well and acting. Never thought to be an educator until one time I landed on a job posting to be a theater educator for kids. I got excited. I hope I would find one too abroad, teaching while traveling sounds great!

Great article on creatives teaching abroad, and I LOVE the concept of the Sustainable Theatre Workshop! Shelah, I know you'll fall in love with Senegal: I taught visual art there for a summer and will always return to that amazing country. Best of everything to you!

Thanks Lisa! I am looking forward to it.

Thank you so much Lillie for the feature! I'm happy to be a part of a community of global educators.