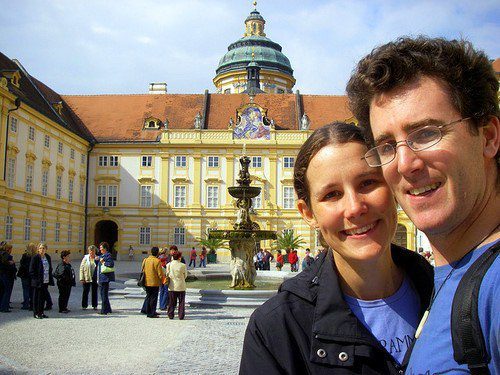 Linda and Craig in Austria!

Why is it useful to travel if you teach, and teach if you travel?

Take it away, Linda.

Travel has always been an important part of my life. We travelled a lot as a family when I was young, both at home in New Zealand, and overseas as well.

In fact, an overseas experience is a normal part of Kiwi young adulthood: you pack up and travel for six months to a year, usually between the ages of 18 and 25.

After finishing university, I knew I wanted to travel, but I also wanted to spend more than just a year abroad. And to do that, I’d have to work as I went. My BA wasn’t going to open many doors, but I’d seen a lot of ads in the newspaper for schools in China and Korea that were looking for English teachers. 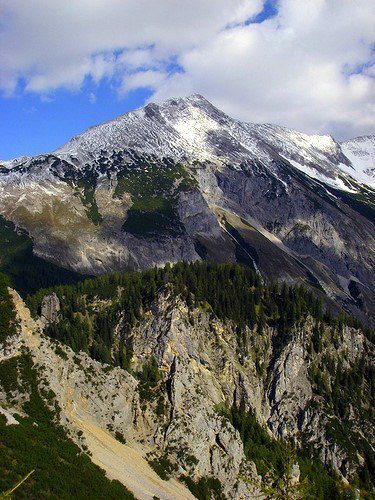 After convincing Craig (my then-fiancee, now husband) that it was a good idea, we took a TESOL course, then used what we’d learned to start our own English-teaching company, as well as work for language schools in Auckland.

After three years of saving, we were ready to travel. . . and we haven’t stopped since!

TT: Sounds like a TESOL course was worth it! What was next?

We started in Malta, where we both worked for the Maltese branch of the school we’d worked for back home. We spent some time in England, then landed the best job in the world: teaching one-week full-immersion English programmes in high schools in Austria (and occasionally Italy and Turkey). We did that for a year, with plenty of weeks off, during which we explored as much of Europe as we could.

We were paid quite well: certainly enough to visit 28 countries that year and end the year with a bit of cash in our pockets. The company even organized accommodation and transport!

The company, English in Action, used to be part of a Canterbury-based language school that ran exchange programmes in addition to giving classes. Students would travel to England to spend a week or two sightseeing and taking English classes.

TT: Tell us more about English in Action and language immersion.

One year the contact teacher from an Austrian high school suggested that the teachers come to the school instead of the students going to England. That way, they still get the full-immersion experience, but it’s cheaper and a lot easier logistically. 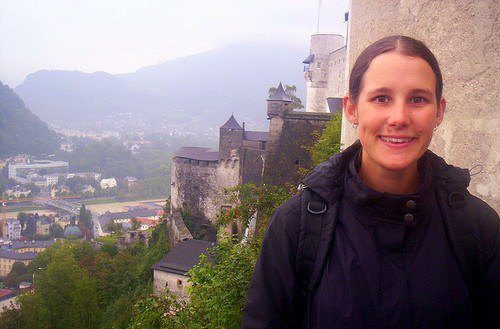 Linda and a lovely Austrian castle.

I particularly enjoyed teaching in small Austrian towns where the children were polite and generally eager to learn. For many of them, it was their first time speaking with a native English speaker, and it took them a while to realize that we teachers couldn’t speak German!

Since we finished working for English in Action, we’ve worked in Spain, Australia, and New Zealand again, and now we’re looking for opportunities in South America. I don’t know if we’ll ever teach English in China as per the original plan. . . there are just so many options to choose from!

Linda, thanks so much for telling your story! It is fascinating how plans evolve and give us what we want in a form different from what we expected. Thanks as well for your tips on resources and tactics! Readers, comment away.

Hey there! i hope this comment finds you well. My name is Abeiya Epong, i am Cameroonian and of the moment volunteering for Sena Colombia. I am a keen follower of teaching travelling, as it had always been my aspiration to digress my passion for pedagogy in a private sector.I have got a year plus teaching English as a second language in Colombia, so now i am aiming at enrolling in a private institution to challenge my passion and end anothe bunch of good colleaques in my life. Any information as per my job search will be highly solicited by me! Thanks!

Hi Fellow ESL Teachers, You might enjoy my book Big Backpack--Little World it is my story of teaching and traveling for ten years around the world. If I can help you with teaching jobs in Central America or South America, I'd be happy to.

Hi Donna, Thanks for your comment! If you want to be interviewed for TeachingTraveling.com, send me an email to the address on the About page!

great story,I would love to travel to that part of the world, Will be putting on my to do list ( Keep up the good job guy's)